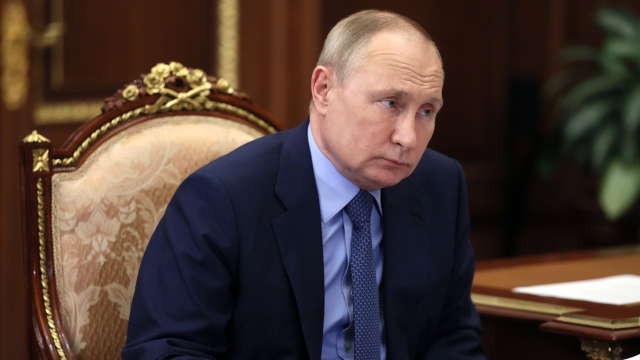 Russia's top diplomat angrily rejected the U.S. allegations that it was preparing a pretext to invade Ukraine as Russian troops that are amassed near the Ukraine border launched more drills Monday.

The White House said Friday that U.S. intelligence officials had concluded that Russia had already deployed operatives to rebel-controlled eastern Ukraine to carry out acts of sabotage there and blame them on Ukraine in a “false-flag operation” to create a pretext for possible invasion.

He reaffirmed that Russia expects a written response this week from the U.S. and its allies to Moscow’s request for binding guarantees that NATO will not embrace Ukraine or any other ex-Soviet nations, or station its forces and weapons there.

Washington and its allies firmly rejected Moscow's demands during last week’s Russia-U.S. negotiations in Geneva and a related NATO-Russia meeting in Brussels, which were held as an estimated 100,000 Russian troops with tanks and other heavy weapons are massed near Ukraine in what the West fears might be a prelude to an invasion.

Amid the troops buildup, Russia in recent weeks has held a series of war games in regions that border Ukraine. On Monday, the military announced the launch of another exercise involving armored units stationed in the western part of Russia that includes 300 combat vehicles.

A delegation of U.S. senators is visiting Ukraine to emphasize U.S. support for the country.