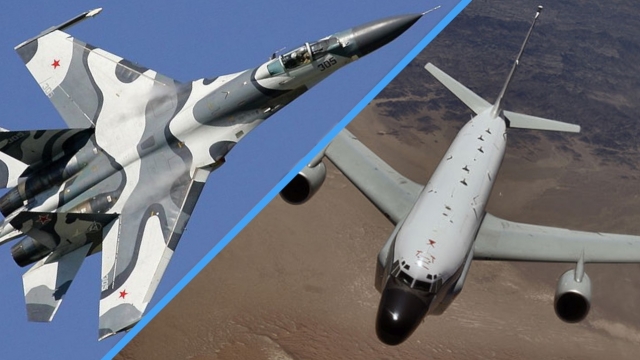 SMS
Russia Denies Claims That Its Jet Barrel-Rolled Over US Recon Plane
By Melissa Prax
By Melissa Prax
April 17, 2016
The U.S. says one of its planes was intercepted by a Russian jet flying within 50 feet of it.
SHOW TRANSCRIPT

Russia is denying claims by U.S. officials that one of its jets recently intercepted a U.S recon plane in an "unsafe and unprofessional manner."

On Sunday, Russia's Ministry of Defense said the jet's flight strictly followed "international rules of the airspace usage" and said claims that the jet did a barrel roll aren't true.

According to U.S. European Command, the area in the Baltic Sea where the dispute took place isn't in Russian territory.

This most recent encounter comes after the U.S. Navy said the USS Donald Cook "encountered multiple, aggressive flight maneuvers" when Russian jets flew past on April 11 and 12.

Russia said jets were performing training flights in both of those instances.

But the White House has already said otherwise.