Russia Blasts US For Shooting Down Syrian Warplane 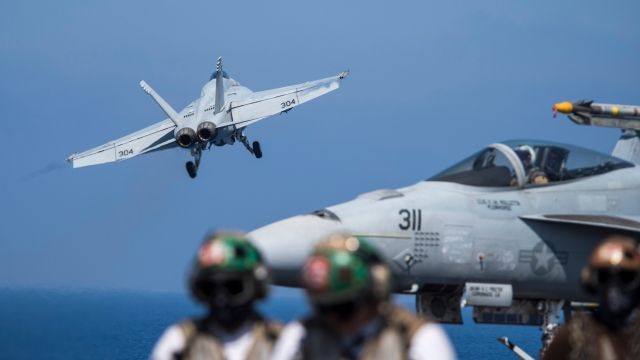 Russia isn't happy with the U.S. after an American fighter jet shot down a Syrian warplane on Sunday.

In a statement, Russia's Defense Ministry condemned the U.S.' actions as "a cynical violation of Syria's sovereignty."

The statement continued: "The US' repeated combat operations under the the guise of 'combating terrorism' against the legitimate armed forces of a UN member-state are a flagrant violation of international law, in addition to being actual military aggression against the Syrian Arab Republic."

And the U.S. backs opposition groups there. The U.S. Navy says one of them was attacked by that Syrian aircraft it shot down.

Sunday's incident reportedly marks the first time the U.S. has shot down a Syrian regime warplane.

In response, Russia said it will target any planes that fly within its air force operations area in Syria. 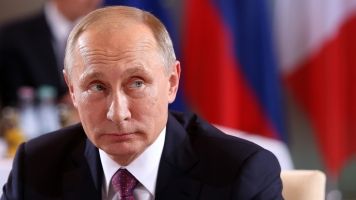 Putin Says Sanctions Would 'Harm' Relations, But He's Not Worried Yet

That includes American aircraft. Russia says it shut down a line of communication with the U.S. that the two countries had used to not accidentally target each other in Syria.

Russia temporarily suspended cooperation back in April after the U.S. fired Tomahawk missiles at a Syrian air base.

Despite Russia's threat, a spokesman for the U.S.-led coalition told The New York Times American military forces will still conduct air and ground operations in Syria.