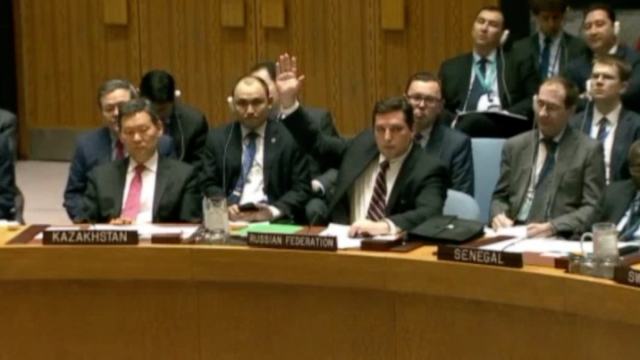 Using its veto power, Russia not only blocked the United Nations from investigating a recent chemical attack in Syria, but it kept the U.N. from even condemning it.

It's suspected that sarin gas was used in an attack on a northern Syrian town at the start of April. At least 84 people were killed.

Russia is Syria's ally, and on Wednesday, the country vetoed a U.N. resolution that would have called on Syria to help in an international investigation of the attack.

Nikki Haley,  ., said, "Russia once again has chosen to side with Assad, even as the rest of the world, even the Arab world, overwhelmingly comes together to condemn the murderous regime."

In some ways, Russia's veto isn't surprising. As the New York Times notes, Russia objected to the resolution when it was being drafted. It has also blocked similar measures in the past.

But the day before the U.N. vote, Russian President Vladimir Putin called for a U.N. investigation into the incident –– though he blamed the incident on rebels, not Assad.

Russia was reportedly in the process of proposing its own Syrian resolution. But that one would have condemned the U.S. missile strikes ordered by President Donald Trump in response to the chemical attack.