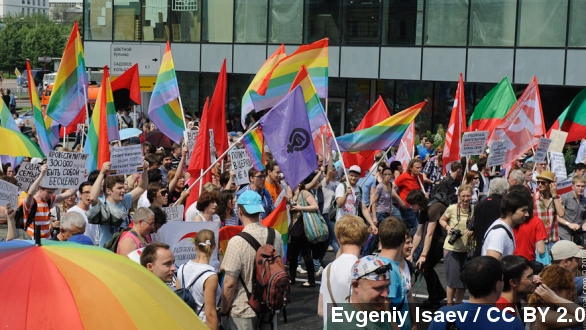 Russia says those with what it calls "disorders" of sexual preference or gender identity can no longer hold driver's licenses.

A list came down from Prime Minister Dmitry Medvedev's office last month that disqualifies those with certain mental or behavioral disorders from driving.

The government explains the new driving rules are intended to reduce deaths from road traffic accidents.

But the announcement generated fierce and immediate criticism from civil rights advocates. Human Rights First called it "an alarming violation of the rights of the transgender community."

A representative from the Russian Psychiatric Association voiced concern to the BBC that some people "would avoid seeking psychiatric help, fearing a driving ban."

The new rules come as Russia has clamped down on the rights of gays and others practicing what it considers "non-traditional lifestyles." Human Rights Watch reports a marked escalation of homophobia in the country starting in late 2012.

This video includes images from Evgeniy Isaev / CC BY 2.0.