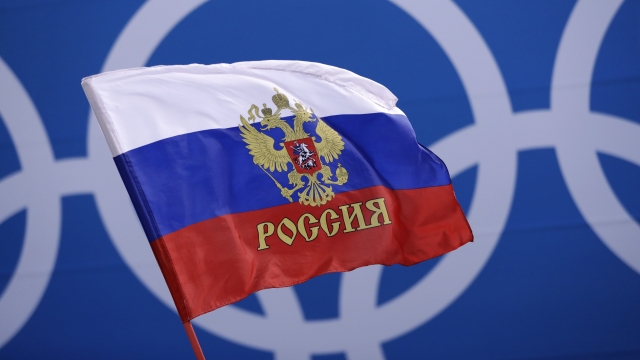 SMS
Russia Banned From Displaying Name, Flag At Next 2 Olympics
By Jay Strubberg
By Jay Strubberg
December 17, 2020
Clean Russian athletes can compete under a neutral flag and the country can't play its national anthem.
SHOW TRANSCRIPT

Russia's athletes will not be allowed to compete with their country's flag in major international competitions for the next two years.

That includes the Tokyo Olympics and the World Cup.

The restrictions are in response to doping allegations. The Court of Arbitration for Sport ruled the athletes can still take part in the games, just under certain conditions.

For example, they cannot be tied to a doping scandal.

The word "Russia" can appear on a uniform so long as "neutral athlete" is seen just as big on it. No Russian anthem either.