Another Country Is Retaliating Against US Steel And Aluminum Tariffs 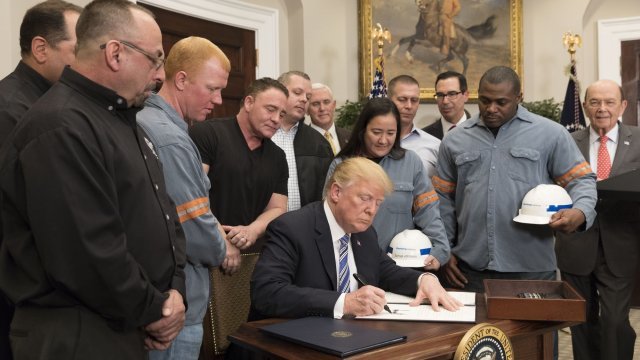 Russia joined the list of countries retaliating against the Trump administration's steel and aluminum tariffs.

Mexico, Canada, Turkey and the European Union have all retaliated against the U.S. with tariffs of their own.

Now Russia is retaliating, too. The country's economic ministry announced new or increased tariffs on some American products Friday. The fees range from 25 to 40 percent and they impact $87.6 million worth of U.S. goods.

The Russian government says the new duties only compensate for a fraction of Trump's steel and aluminum tariffs.

Russia and a handful of other countries have filed complaints with the World Trade Organization in the hopes of resolving the trade war.