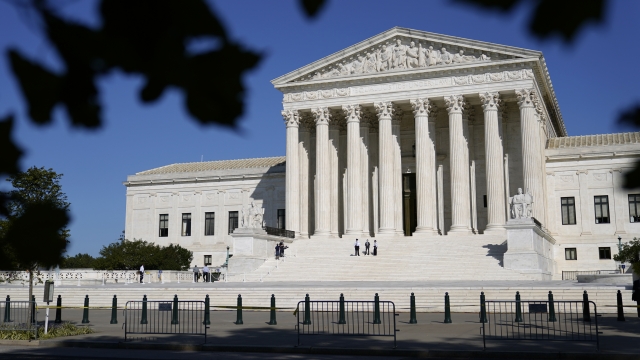 Following Senator Romney's announcement that he isn’t opposed to voting on a nominee to fill Ruth Bader Ginsburg's seat on the Supreme Court before the presidential election, it appears all but certain that if President Trump chooses a nominee with broad Republican support, they could be confirmed in record time.

The process begins with the Senate Judiciary Committee, chaired by Sen. Linsey Graham, locked in a tight reelection bid in his home state of South Carolina.

“I will be leading the charge to make sure that President Trump's nominee has a hearing ...,” Graham told supporters at an event in North Charleston, South Carolina, on Monday.

Less than a week after the death of Ginsburg, Graham and Senate Republicans are preparing for one of the fastest Supreme Court confirmations in recent history.

Recent nominations to the high court have taken anywhere from 65 to 89 days.

The shortest in recent memory was, coincidentally, Ginsburg's confirmation in 1993, which lasted 42 days.

By the time President Trump names his nominee Saturday, there will be just 37 days to the election.

Romney cleared the path to a confirmation vote passing the Senate on Tuesday, after announcing he is not opposed to voting to confirm a nominee, despite the proximity to the election.

“I think it's straight forward in terms of the quality and qualifications you look for, which is someone who is an expert of the law. Someone who has a record of fairness and judgment that you think is consistent with the law,” he told reporters on Capitol Hill.

As Senate Republicans barrel forward, and begin to plan hearings in the Senate Judiciary Committee, Senate Democrats—in the minority—have few options to prevent Republicans from shepherding the President’s nominee through committee and to the Senate floor for a vote.

“Just appealing to their sense of honesty and ethics, and that’s basically it,” Democratic Senator Jon Tester of Montana told reporters Tuesday.