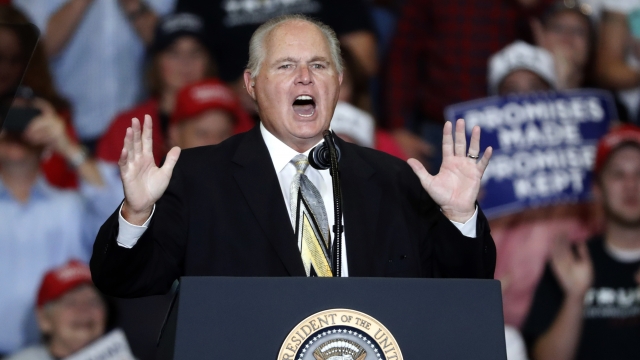 Conservative radio host Rush Limbaugh revealed on Monday he has been diagnosed with advanced lung cancer.

The 69-year-old made the announcement on his radio show.

"I can't help but feel that I'm letting everybody down with this," Limbaugh said. "But the upshot is that I have been diagnosed with advanced lung cancer. Diagnosis confirmed by two medical institutions back on Jan. 20."

He said he will be gone for the next few days as he undergoes treatment and hopes to be back on the air Thursday.

Limbaugh started "The Rush Limbaugh Show" in 1988 and is considered one of the most influential conservative voices on the air. Premiere Radio Networks, which syndicates his show, said it's "the most-listened-to national radio talk show in America."

Limbaugh renewed his contract with Premiere in January; it otherwise would have expired later this year.