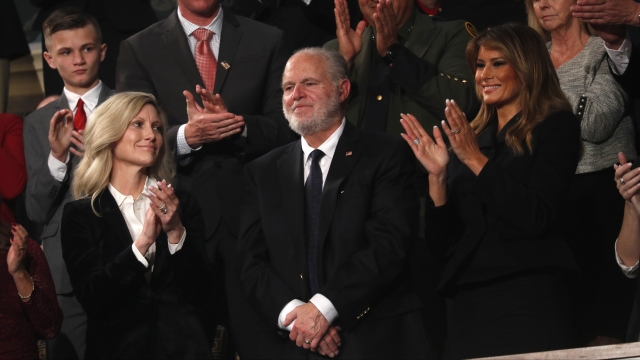 Conservative talk show host and radio icon Rush Limbaugh has died at the age of 70.

His radio show confirmed the news after Limbaugh fought a long battle with stage 4 lung cancer.

Limbaugh is considered one of the most influential media personalities in American history and an icon in the conservative sphere.

He began his broadcast career in 1967 and formed "The Rush Limbaugh Show" in 1988, which grew to be the most listened-to radio show in the U.S.

He's received places in the Radio Hall of Fame and the National Association of Broadcasters Hall of Fame, as well as the Presidential Medal of Freedom.

He is survived by his wife, Kathryn.