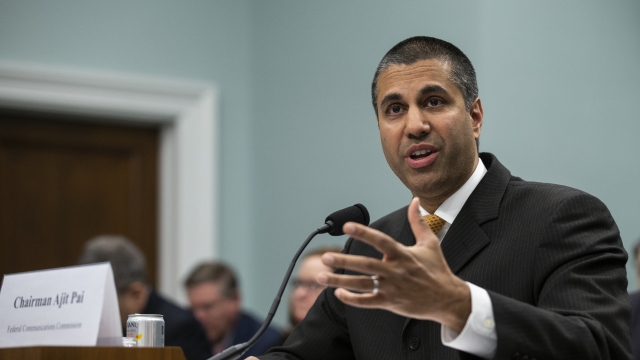 FCC Chairman Ajit Pai said, "My travels throughout Indian country has shown me that bringing high-speed internet access to tribal communities can really be a game-changer."

The FCC announced it was opening the Rural Tribe Priority Window on Monday. While the window's open, qualifying tribes can apply to receive licenses before the government puts the spectrum up for auction for commercial use.

At a workshop in January, Pai said that over the last three years, many tribal members have welcomed him to their communities. He said, "I'm not speculating when I say that this spectrum could be a major benefit to Tribal communities."

Pai spoke about the benefits high-speed internet could bring to the tribes, including opportunities to telework, hunt for jobs, open online businesses and consult with specialists at hospitals hours away. Students would be able to use the internet for downloading lesson plans or uploading their homework.

He said, "This is the first time in the FCC's some-80-year history that we have ever given tribal entities a priority window to get spectrum licenses for wireless broadband, especially for free."

Tribes told the FCC that six months would be enough time for interested groups to apply for the licenses. As such, the application window will be open until Aug. 3.