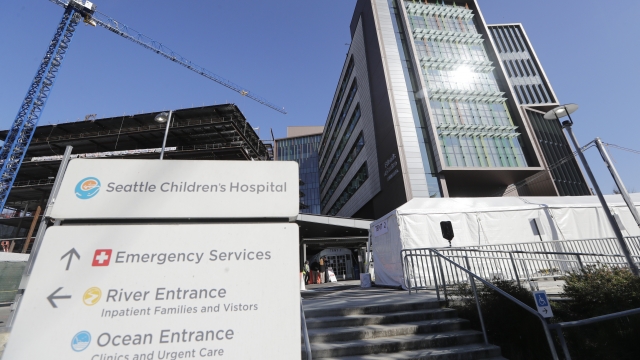 SMS
Rural Hospitals Face Unique RSV, Flu Challenges
By Lindsey Theis
By Lindsey Theis
November 9, 2022
Hospital closures over the past few years means fewer beds, at a time when flu and RSV especially are stretching pediatric hospitals to the limit.

Stefeni Pogas says she was terrified after waking up in the middle of the night to find her two-year-old son Dexter struggling to breathe.

"I called the EMS to meet me at a gas station. We went to the ER and we found that he had adenovirus and RSV. He got up to the point where he was needing 15 liters of oxygen," said Pogas.

After eight days, Pogas requested her son be transferred to a children’s hospital about three hours away from her home near rural Kingman, Arizona.

"After four days, he got better. He was no longer spiking fevers," said Pogas.

There are fewer hospital inpatient beds for children as health systems regionalize, focusing on more specialized care in cities.

A 2021 Harvard study found over the past decade an average of 34 pediatric units closed each year in hospitals, which translates to about 400 beds removed annually. 25 rural hospitals have closed in the past two years, according to data from University of North Carolina. 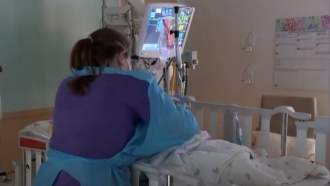 How Children's Hospitals Are Handling The RSV Surge

"There is no other children's hospital between L.A. and Oakland. We are it. So everywhere in the middle of the state. We are receiving patients from some of the poorest counties and a lot of rural counties with poor access to health care," said Dr. Karen Dahl, with Valley Children's Hospital in Madera, California.

The hospital cares for patients from 12 surrounding counties in the state.

Dahl says their flu and RSV cases are rising and expects more patients to show up in the ER.

"We don't have pediatric urgent care in our area and bigger cities have those and we do not. So it's just the emergency department," said Dahl.

She worries about having enough staff. She expects more staff out sick as the respiratory infections spread.

"We're working with our local primary cares and making sure they feel adequately prepared to evaluate in their offices as well. So we can sort of spread the pressure around the system," said Dahl.

As for Stefeni and Dexter Pogas, he’s recovered and is back home.

"I didn't hear his laugh for two weeks and I thought it was going to be gone forever. And now here he is back," she said.