The Lack Of Mental Health Services In Rural Areas 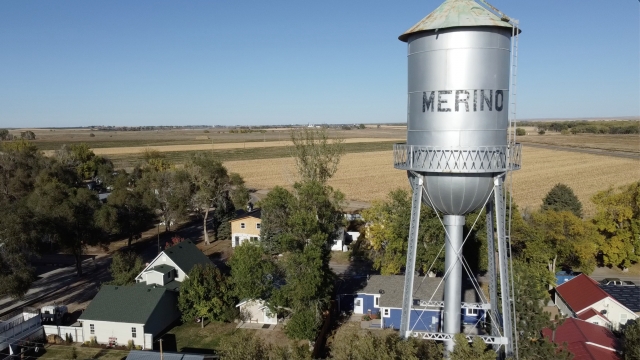 SMS
The Lack Of Mental Health Services In Rural Areas
By Clayton Sandell
By Clayton Sandell
October 28, 2021
In Colorado, mental health care facilities are concentrated in bigger cities and harder to find for the roughly 720,000 people living in rural areas.

Lori Gill remembers the moment back in 1997 when she says she wanted to die.

"I felt that in any direction I looked, that people's lives would be better off without me," Gill said. "I had a rope, and up drives my daughter up the driveway. And it was enough for me to just kind of 'deer in the headlights' thing and go, 'Oh my gosh.'"

Until that moment, Gill had been afraid to ask for help. Her hometown of Merino, Colorado — two hours northeast of Denver — is a tiny farming hamlet with less than 300 people. She was the high school history teacher.

She said, "You know, I thought, 'Jeeze, if somebody thinks that I've got some issues, are they even going to want me working with their kids?'"

When it comes to mental and behavioral health, parts of Colorado share the same problems as many places in rural America: Not enough services to begin with, and when there are, there's resistance to using them.

"I was, as an adult, embarrassed to go someplace in town because who knows, everybody is kinda interconnected," Gill said.

In Colorado, mental health care facilities are mostly concentrated in bigger cities and harder to find for the roughly 720,000 people living in rural areas, where the need is just as great.

Alcohol and drug abuse is higher in rural areas. Kids and young adults in rural towns are twice as likely to die by suicide.

"It was like waiting list after waiting list," Schott said. "And finally we made the determination to reach out farther in the geographic area, that got us clear up to Boulder. So for us to get any help for Anna for mental health reasons in a timely manner, we had to travel two-and-a-half-hours one way, two-and-a-half hours back,  plus her counseling time. It was a hard thing to swallow in the capacity that rural America shouldn't be forgotten. It's a wonderful place to raise children, but resources on the professional side are not where they need to be."

The state of Colorado is trying to fix that by hiring more addiction and behavioral health counselors for remote areas, including the farm, Native American and Latin communities. Public service announcements urge people to get help.

Lori Gill's son, Gus, was just a year old when his mom attempted suicide. Today he's working to reach farmers and ranchers. He says caring for the crops and the cows sunup to sundown brings a special mix of financial and mental stress.

Gill is now working with the Colorado Farm Bureau. Just this year, it started offering vouchers that can be exchanged for counseling sessions. It's anonymous and free.

"There's this mentality that you need to be strong enough to handle your own problems and to get through those issues," Gill said. "In reality, one to the strongest things folks can do is actually take that step to seek help if they need it."

And in a state where half of all suicides involve a firearm, the search for solutions now leads to gun stores.

"I can't guarantee that if someone was suicidal I'd pick up on it, but I think there's a pretty good chance I would," he said.

Osbrach agreed to be included on a map of places where anyone can voluntarily hand over a gun, potentially keeping it away from someone who may be suicidal. So far, he says no one has taken him up on it.

"If someone is in a mental health crisis, I'm more than happy to take the firearms for as long as I need to," Osbrach said.

In Rocky Ford, Colorado — about an hour east of Pueblo — Doug Miller runs a medical clinic in a community where he says the need for behavioral health services keeps growing.

"We've been screening everybody for depression and anxiety," Miller said. "We also screen for loneliness."

Thanks to a federal grant, Miller recently hired a professional counselor. But connecting face-to-face is still tough so, most days, video chat is how Andrea L'Heureaux 'sees' patients.

During the pandemic, Colorado lawmakers made telehealth visits much easier.

"I think it is a gamechanger for a lot of our patients that cannot otherwise get out," L'Heureaux said.

Lori Gill says finally opening up is what helped her get treatment for depression and bipolar disorder.

"People can hide it so well, and you can miss it," she said.

These days Gill and her sister-in-law are channeling sadness into fixing up the Old Carnegie Library building in the town of Sterling. Upstairs, they'll have a country store — downstairs, a coffee shop. A place helping them turn a page on grief and write a brand new chapter.

"Mentally for us we had to find an escape," Gill said. "And I always say this building found us when we needed it most. I was looking for something that could be full of happiness and a place for people to go and it's just a happy place."