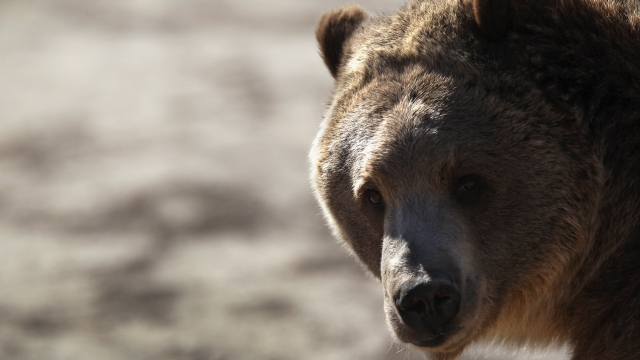 The Trump administration's announcement that it would change the way the government enforces the Endangered Species Act means various wildlife could face a greater risk of becoming extinct.

The new rules essentially make it easier to remove species from the endangered list and weakens protections for some threatened species. It also makes it harder for regulators to consider climate change's effects on wildlife when deciding whether or not to list them for protection, as those threats are generally decades away from being fully realized. The administration has already ordered the U.S. Geological Survey to only use models that project climate change's impacts through 2040 in its scientific assessments. But scientists say that could paint a misleading picture, since the biggest effects of climate change won't be felt until after 2050.

One of the endangered species that could be affected by the new rules is the grizzly bear. The Greater Yellowstone Ecosystem is one of the few places in the U.S. where large populations of grizzlies can be found. But rising temperatures have made their habitat more vulnerable to mountain pine beetle infestations, which have devastated Yellowstone's whitebark pine trees. The bears rely on whitebark pine seeds for food, and with that food supply diminishing over the years, more grizzlies have searched for food in human environments and ended up dead. According to the Interagency Grizzly Bear Study Team, more Yellowstone grizzlies died in 2018 than in any other year in the last four decades. Most of the deaths were caused by state wildlife agencies, which euthanized the bears for things like frequenting houses and campgrounds, as well as preying on livestock.

Another endangered species feeling climate change's effects is the Ozark hellbender. The salamander is only found within the White River watershed in Missouri and Arkansas. But a highly infectious fungus in the waters has been killing an ever-increasing number of Ozark hellbenders.

The U.S. Fish and Wildlife Service says "climate change is one of the environmental factors" that's helped the fungus thrive, and with the Ozark hellbender living "in an aquatic system throughout its entire life, there is no possibility for relief from this fungus."

And, although it's yet to be listed as endangered, the monarch butterfly has seen its population drop by 90% over the last two decades, in part due to climate change. Some researchers have suggested rising carbon dioxide levels have made milkweed — the monarch caterpillar's only food source — too toxic for them to handle. And warmer temperatures may also be driving monarchs farther north for their summer breeding period, making their migration routes longer and more treacherous to navigate.

To be clear, wildlife in the U.S. aren't the only ones feeling the heat from climate change. A U.N. report from earlier this year says about 1 million animal and plant species worldwide "are now threatened with extinction," with climate change being one of the key culprits.