Giuliani: 'Collusion Is Not A Crime' 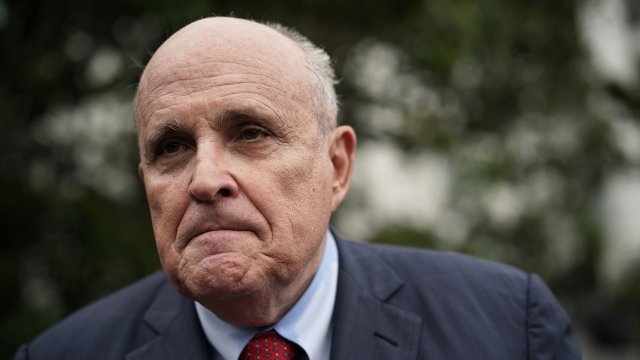 SMS
Giuliani: 'Collusion Is Not A Crime'
By James Packard
By James Packard
July 30, 2018
Rudy Giuliani says collusion isn't a crime, but legal experts point out someone who colluded could still be criminally charged.
SHOW TRANSCRIPT

One of President Donald Trump's personal lawyers, Rudy Giuliani, made the rounds on morning news shows Monday. He cast doubt on the seriousness of potential collusion with Russia during the 2016 election.

"Collusion is not a crime," Giuliani said on Fox News.

On CNN, he said, "I don't even know if that's a crime, colluding about Russians."

Legal experts point out someone who coordinated with Russia during the 2016 election could be charged with something like conspiracy to defraud the U.S.

The president has said over and over again, "There was no collusion." He even said it again the day before Giuliani's interviews.

The president has also cast doubt on a separate, but obviously related, part of all this: Russia's involvement in the 2016 election. The U.S. intelligence community concluded Russia not only interfered, but did so to help then-candidate Trump win the election.

Giuliani's new rhetoric relates to any potential collusion, but it's an interesting narrative from a lawyer for a man who adamantly denies coordination with the Russians.