Rubio's Dropout Leaves Kasich As The Most Electable Republican 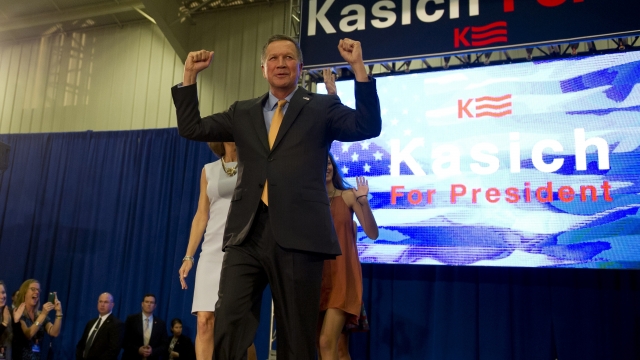 SMS
Rubio's Dropout Leaves Kasich As The Most Electable Republican
By Kate Grumke
By Kate Grumke
March 16, 2016
When it comes to favorability ratings and matchups against Democratic front-runner Hillary Clinton, John Kasich does the best of the GOP.
SHOW TRANSCRIPT

Marco Rubio might've been the Republicans' best hope in the general election. He had high favorability ratings and regularly won in matchup polls against Hillary Clinton. He also did the best among Hispanic voters of the current GOP field.

For contrast, Trump has lost pretty much every recent matchup poll against Clinton. And he has a net negative 65 favorability with Hispanic voters.

To be fair, general electorate polls aren't always reliable this far from the election.

But now with Rubio out of the race, John Kasich is, at least according to the polls, the best bet for Republicans in the general election.

But this isn't the general election, and Republican primary voters clearly didn't like Rubio or, so far, Kasich, as much as they like Donald Trump and Ted Cruz.