Rubio Asks Christians To Be Compassionate Toward LGBTQ Community 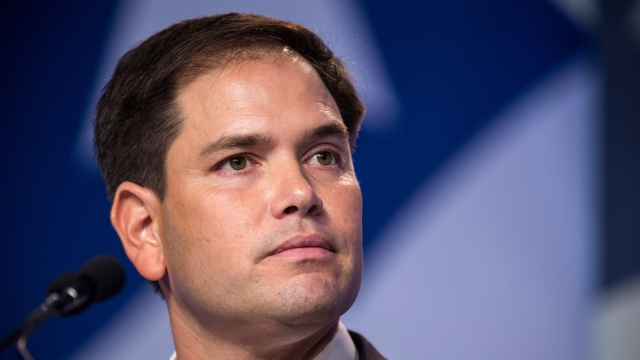 "I want to be clear with you: Abandoning judgment and loving our LGBT neighbors is not a betrayal of what the Bible teaches. It is a fulfillment of it," U.S. Sen. Marco Rubio said during a speech.

Rubio wants some fellow conservatives to tone down their anti-LGBTQ rhetoric.

Speaking to a meeting of evangelicals in Orlando, Rubio drew from Bible verses to encourage Christians to focus more on compassion and less on judgment when it comes to LGBTQ Americans.

Reminding the attendees of the historic persecution gays and lesbians had undergone in America, Rubio invoked Matthew 7:1 — "Judge not, that ye be not judged" — and called for a more sympathetic understanding of LGBTQ issues.

Rubio made his comments on the two-month anniversary of the mass shooting at a gay nightclub in Orlando, which killed 49 people. Rubio was one of the first Republicans to call the shooting an attack on the gay community and initially cited it as one of the factors that caused him to reverse earlier pledges and run for re-election.

But Rubio also made it clear that he wasn't compromising his belief that marriage should be between one woman and one man — and his latest comments aren't likely to win him much favor in the LGBTQ community anyway. The senator from Florida has an extensive anti-LGBTQ record, from opposing adoption by gay parents to voting against anti-discrimination protections in the workplace.