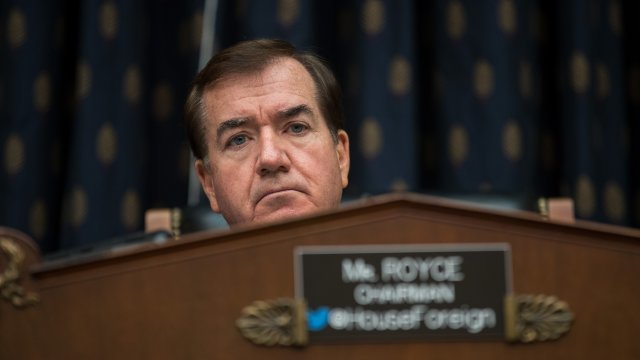 One Republican lawmaker is calling on President Donald Trump to sanction Russia over poisonings in the U.K.

Rep. Ed Royce, chair of the House Foreign Affairs Committee, first sent a letter to the president on March 15. It asked Trump to officially declare that Russia violated a chemical weapons law, making the country subject to new sanctions.

Then on Thursday, Royce sent Trump another letter, saying the president missed a statutory deadline to respond.

The violation is linked to the nerve agent poisoning of former Russian spy Sergei Skripal and his daughter. Russia has denied any involvement, but the U.S. and other countries have publicly blamed Russia.

In his latest letter, Royce said holding Russia accountable "is critical to showing [Russian President Vladimir] Putin that we are serious about challenging his deadly acts, as well as his ongoing attacks on our democracy."