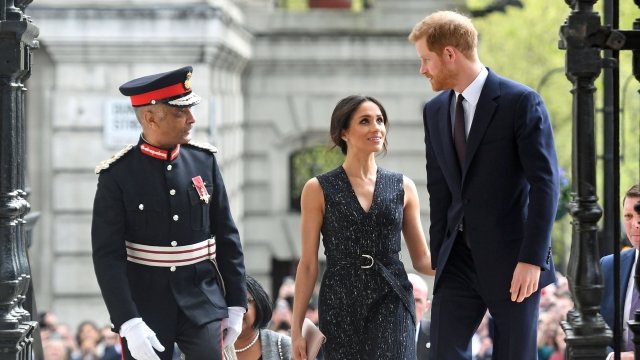 SMS
Royal Wedding, Meghan Markle Spark Conversations About Race In The UK
By Cat Sandoval
By Cat Sandoval
May 15, 2018
Many black Britons see the upcoming royal wedding as moment of inclusion, but it's also exposed what some call "quiet" racism in the U.K.
SHOW TRANSCRIPT

Actress Meghan Markle will wed Prince Harry in a grand royal wedding Saturday, May 19. Markle's American and biracial identity is a symbol for some who are proudly calling her the "black princess." But Markle may not be the first mixed-race British royal. Some historians believe Queen Charlotte may have been the first black queen.

And while the actress is thrust into the global spotlight, the prince's relationship also exposes what some are calling "quiet" racism in the U.K. Some newspapers took at jab at Markle. In The Spectator, one lead writer wrote: "Obviously, seventy years ago, Meghan Markle would have been the kind of woman the Prince would have had for a mistress, and not a wife." The Daily Mail, a British paper, said Markle was "almost straight outta Compton." With so many newspapers and internet trolls, Buckingham Palace, on behalf of Prince Harry, issued a public statement rebuking both racial and sexual harassment and abuse. 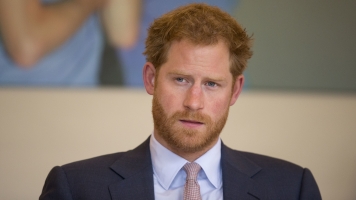 Prince Harry Calls Out The Media For Harassing His Girlfriend

"The Brits do subtle racism. It's not the N-word, it's in code," says British comedian Gina Yashere on "The Daily Show with Trevor Noah." "They say Meghan is straight out of Compton. She isn't. She went to a private school in Hollywood. But she's black, she's from the West Coast, so she must be from the [hip-hop group] NWA."

But while there have been some racist remarks, there are many black Britons who see the upcoming wedding as moment of inclusion, a reflection of themselves and an opportunity to be seen.

"Yes, it does represent change," one woman told BBC. "I think it's a good thing in that at least the royal family, they'll experience more of black culture."

"Considering she's a lady of color, I think it's a great thing," Tony Spencer told The Washington Post. "It shows how far we've really moved on. 'Cause I don't think maybe 10, 15, 20 years ago, I don't think they would have permitted this." 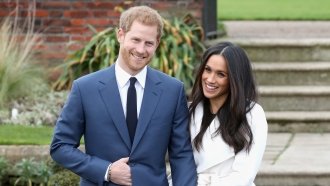 Prince Harry And Meghan Markle Inviting Public To Their Wedding

But not everyone thinks Markle will make a difference.

"I think the royal family are highly overrated," said Bella Sontez to The Washington Post. "I don't think they do anything for society."

Currently, 87 percent of the British population is white and 3 percent is black, according to the 2011 census. Like America, in the U.K., racial inequalities exist in health, employment and education. According to the House of Commons library, unemployment for British people of color is twice as high as for white people.

Author of the book "Brit(ish): On Race, Identity and Belonging" Afua Hirsch, who herself struggles with her British identity, argues: "The royal family is the very antithesis of diversity. Don't underestimate the symbolism of a royal marriage. From now on, it will be impossible to argue that being black is somehow incompatible with being British."

And while not everyone agrees on Markle's impact on race relations in the U.K., she has, at least, sparked conversations on race and inclusion.