Prince Harry And Meghan Markle Inviting Public To Their Wedding 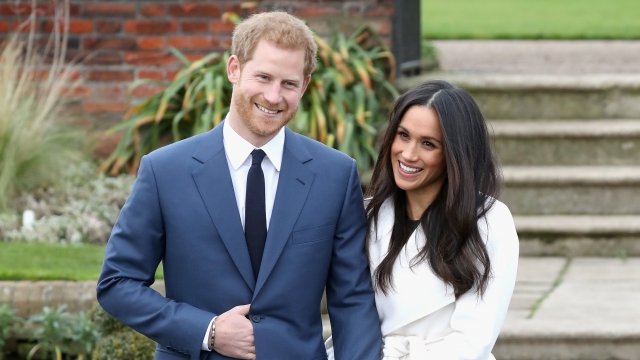 By Katherine Biek
March 2, 2018
Members of the royal households, children, Windsor residents and charity workers are some of the people invited.
SHOW TRANSCRIPT

Prince Harry and Meghan Markle are opening their wedding to the public — and not just for TV cameras.

Kensington Palace announced Friday that the couple is inviting more than 2,600 members of the public to the grounds of Windsor Castle. Those guests will be able to watch the bride and groom arrive and depart from the ceremony.

The palace said Harry and Markle wanted "members of the public to feel part of the celebrations, too." Members of the royal households, children, Windsor residents and charity workers are some of the people invited.

The couple is getting married at St. George's Chapel in Windsor Castle in May. The chapel holds about 800 people, meaning it will be a smaller wedding than the Duke and Duchess of Cambridge's ceremony in Westminster Abbey in 2011.