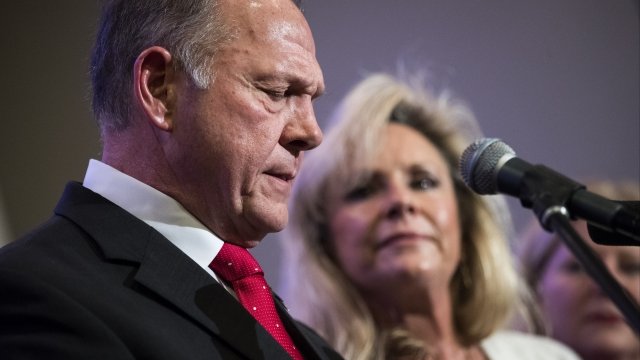 Speaking to reporters and faith leaders from all over the country, Republican Senate candidate Roy Moore called for Senate Majority Leader Mitch McConnell to step down. Just four days ago, McConnell asked Moore to do the same.

"Well, I want to tell you who needs to step down. That's Mitch McConnell," Moore said during the press conference.

During the press conference, Moore and his religious supporters targeted the accusers and the media. 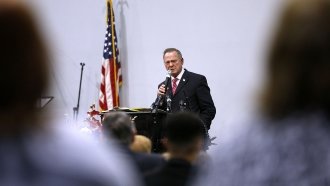 As of Thursday afternoon, eight women have accused Moore of sexual misconduct. Despite calls from many GOP lawmakers to step aside, the candidate and his supporters made it clear that wouldn't happen.

"I thank all of you who have come to support me in this campaign," Moore said. "I sincerely appreciate your support and look forward to serving in the United States Senate."