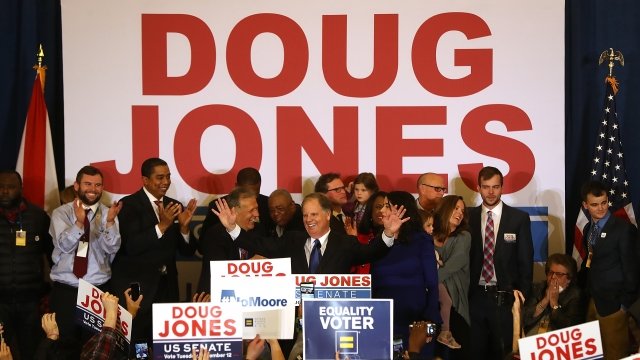 SMS
Write-In Votes Might Have Played A Big Role In Doug Jones' Win
By Ryan Biek
By Ryan Biek
December 13, 2017
Alabama's unofficial election results have Jones beating Moore by about 20,700 votes. But the number of write-in votes tallied more than 22,700.
SHOW TRANSCRIPT

It seems like write-in votes played a big role in Alabama's special election.

Embattled GOP candidate Roy Moore struggled to get sweeping support from his fellow Republicans. Some, including Alabama's senior senator, encouraged voters to write in someone else's name instead of voting for Moore or his Democratic opponent Doug Jones.

When the dust cleared in the voting booths, Jones won the Senate seat by 1.5 percent of the vote.

Alabama's unofficial election results have Jones beating Moore by about 20,700 votes. But the number of write-in votes tallied more than 22,700. 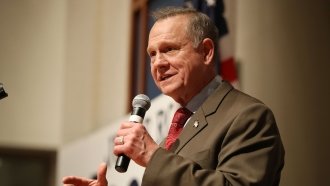 Will There Be A Recount In The US Senate Race In Alabama?

Almost 2 percent of all the votes cast Tuesday were write-ins. Looking back at recent U.S. Senate elections in Alabama, write-in votes have totaled less than 0.2 percent for races between two candidates.

President Donald Trump agreed that write-ins played a large role. He congratulated Jones, saying "a win is a win."