Roy Moore Isn't Giving Up On Alabama's US Senate Seat 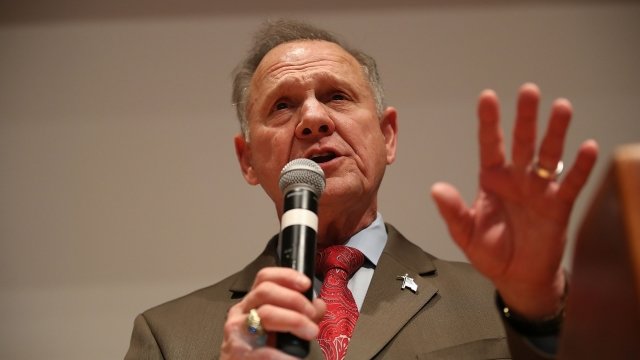 SMS
Roy Moore Isn't Giving Up On Alabama's US Senate Seat
By Jake Jones
By Jake Jones
December 16, 2017
Moore says the fight is "not over" and is raising money to investigate voter fraud.
SHOW TRANSCRIPT

Roy Moore says his battle for Alabama's senate seat is "NOT OVER." He's also asking supporters to donate to his "election integrity fund."

Democrat Doug Jones beat Moore by about 20,000 votes, or 1.5 percent. Those numbers aren't official yet; they have to be certified after official totals are reported.

But Moore appears to think the official count could result in a different winner. He said the race was close and that some military and provisional ballots hadn't been counted. He also said he was looking for donations to investigate reports of voter fraud. 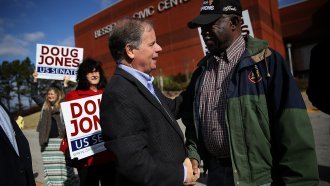 Moore has a lot of high-profile figures to convince. President Donald Trump has already called on Moore to concede the election and congratulated Jones on a "hard fought" win. Alabama's Secretary of State John Merrill told The Associated Press it wasn't likely leftover ballots would even trigger a recount, let alone swing the election in Moore's favor.

And as far as voter fraud goes, Merrill said his office looked at reports of voter irregularities but that it hadn't discovered any that "have been proven factual in nature."