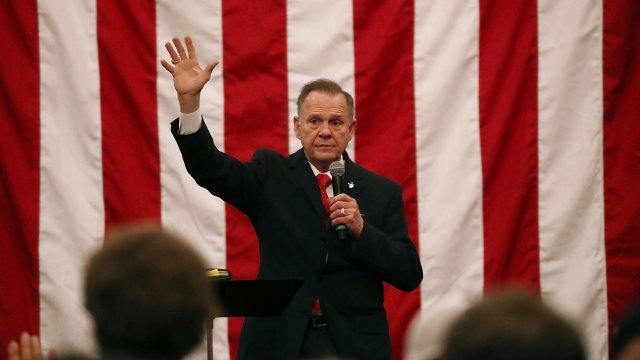 SMS
One Of Roy Moore's Accusers Is Taking Him To Court For Defamation
By Lindsey Pulse
By Lindsey Pulse
January 5, 2018
Leigh Corfman is seeking a public apology from Roy Moore and his campaign as well as a retraction of what she says are defamatory statements.
SHOW TRANSCRIPT

One of the women who accused unsuccessful U.S. Senate candidate Roy Moore of sexual misconduct is now suing him and his campaign for defamation.

Her name is Leigh Corfman, and she was among the first group of women to come forward. Corfman, now in her 50s, told The Washington Post that Moore made sexual advances toward her when she was 14 years old and he was 32.

In the lawsuit filed Thursday, Corfman cites attacks from Moore and his campaign. She says they repeatedly called her a "liar" and "immoral," despite her requests for them to stop. Moore has also repeatedly denied knowing her. 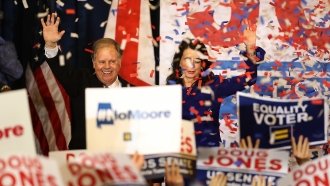 Alabama Certified Doug Jones As The Winner Of Its Special Election

Corfman isn't seeking compensation aside from legal costs. The suit asks Moore and his campaign for a public apology, a retraction of all defamatory statements and a block on future attacks.

Corfman says through the lawsuit she's trying to hold Moore and "those who enable him accountable."

Moore's campaign said it looks forward to addressing the suit in court.