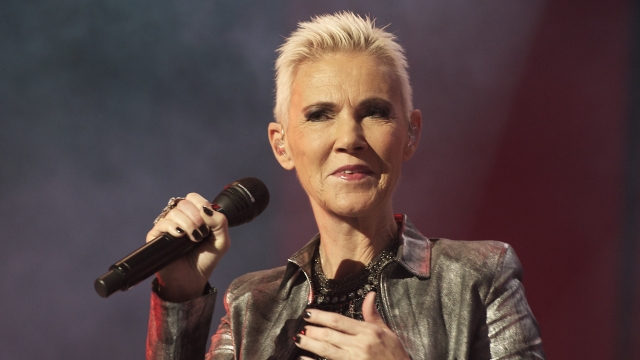 Fredriksson died after a long battle with cancer.

Swedish singer Marie Fredriksson of Roxette has died after a long battle with cancer. She was 61 years old.

Fredriksson's management agency confirmed her death in a statement Tuesday. It read, in part: "Marie leaves us a grand musical legacy. ... But we also remember a wonderful person with a huge appetite for life, and woman with a very big heart who cared for everybody she met."

Fredriksson enjoyed a successful solo career before teaming up with Per Gessle to form Roxette in 1986. The duo was best known for hits like "It Must Have Been Love" and "The Look."

Fredriksson was diagnosed with a brain tumor in 2002 and underwent aggressive treatment. It ultimately worked, and she was able to return to the stage years later. But it took its toll on her health, and doctors advised her to stop touring in 2016.

Fredriksson is survived by her husband and two children.