Rod Rosenstein Will Reportedly Step Down In Mid-March 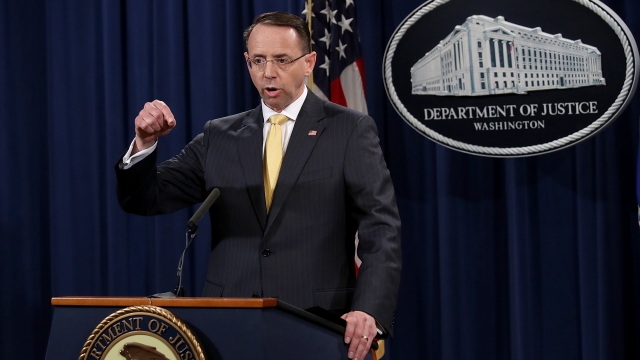 Multiple outlets report he's expected to step down from his position by the middle of March.

The news of Rosenstein's departure isn't entirely unexpected. As Newsy previously reported, he was planning to depart after the Senate confirmed William Barr as the new attorney general. That happened last Thursday.

As the No. 2 official in the Justice Department, it was Rosenstein who tapped Robert Mueller in May 2017 to head the Russia investigation after then-Attorney General Jeff Sessions recused himself. Rosenstein's overseen much of the probe, but Barr's now taking over that duty.

As of Tuesday morning, the Justice Department hasn't commented on the reports. But unnamed department officials told NBC News that Rosenstein's upcoming departure has nothing to do with renewed allegations that he considered secretly recording President Trump and using the 25th Amendment to remove the commander-in-chief from office.

Multiple outlets report an official announcement on Rosenstein's replacement could come as early as this week. The Senate will need to confirm whoever is selected.