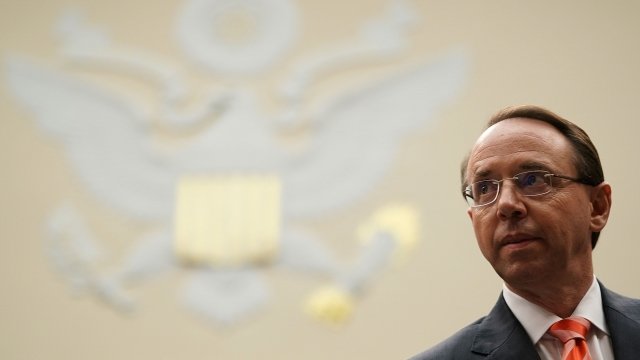 Deputy Attorney General Rod Rosenstein may have another important meeting on his calendar.

According to multiple media outlets, he's agreed to speak to Congressional Republicans behind closed doors about allegations stemming from a recent New York Times report.

The report claims Rosenstein considered secretly recording President Donald Trump and discussed invoking the 25th amendment to have Trump removed from office, which Rosenstein has denied.

Rep. Mark Meadows, an outspoken critic of Rosenstein, said on Twitter Friday that they'll subpoena Rosenstein if he doesn't show up, although it looks like that won't be necessary.

A meeting between the deputy attorney general and President Trump on the same topic was pushed back until next week.