Rosenstein Assures Trump: You're Not A Target Of Mueller, Cohen Probes 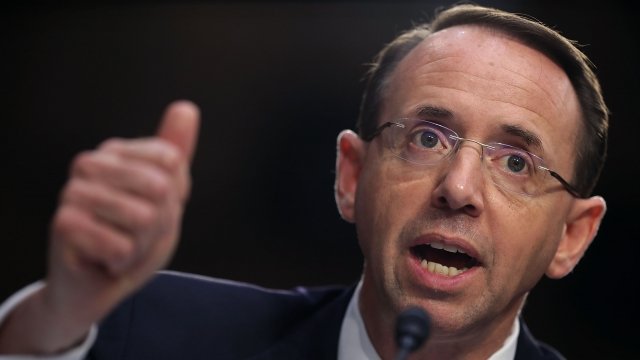 SMS
Rosenstein Assures Trump: You're Not A Target Of Mueller, Cohen Probes
By James Packard
By James Packard
April 19, 2018
Deputy Attorney General Rod Rosenstein told the president he's not a target of the investigation into Michael Cohen.
SHOW TRANSCRIPT

Deputy Attorney General Rod Rosenstein reportedly told President Donald Trump directly he's not a target of any part of Robert Mueller's investigation or the investigation into his lawyer Michael Cohen.

Bloomberg reports the deputy AG told the president that during a meeting last Thursday. It was reportedly set up, in part, to quell Trump's frustrations with Rosenstein.

You might be thinking: Gee, it seems like we sort of already knew this. Well, sort of. Mueller told Trump's lawyers in March that the president wasn't a criminal target of his probe. But that was before the raids on Trump lawyer Michael Cohen's home, office and hotel room. The president was publicly livid about those raids, calling them an attack on the country.

And the documents investigators collected in the raids reportedly included communication between Cohen and the president. 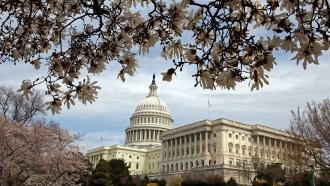 Now, to be clear, the Cohen investigation isn't under the purview of Mueller's team. But the Cohen raids came after a referral from Mueller's office.

The timing is also interesting. Reporters have been asking the president a lot lately if he's thinking about firing Rosenstein or Mueller. And he hasn't really answered the question. This happened Wednesday:

"Have you concluded that it's not worth the political fallout to remove either special counsel Mueller or Deputy Attorney General Rosenstein?" Bloomberg's Jennifer Jacobs asked the president.

"There was no collusion," the president responded. "They've been saying I'm going to get rid of them for the last three months, four months, five months, and they're still here."