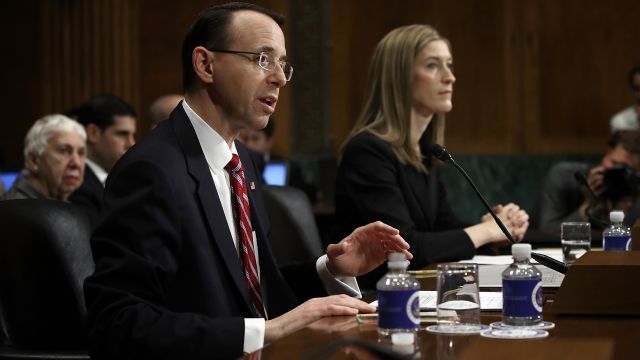 In his prepared remarks to Congress this week, the deputy attorney general said he talked with Attorney General Jeff Sessions about the idea last winter. That was before either of them worked for the Trump administration.

He said he was concerned about Comey's public handling of Hillary Clinton's email investigation — especially that news conference Comey gave when he said the FBI didn't recommend prosecuting Clinton.

"I have not coordinated this statement or reviewed it in any way with the Department of Justice or any other part of the government," Comey said in that news conference. "They do not know what I am about to say."

He went on to say, "In one of my first meetings with then-Sen. Jeff Sessions last winter, we discussed the need for new leadership at the FBI." 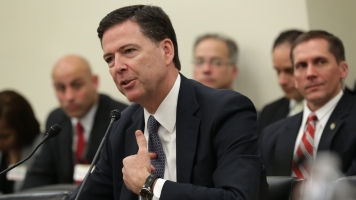 That suggests Rosenstein was thinking about getting rid of Comey long before he sent a memo to Sessions on May 9.

That memo was initially held up as the reason for Comey's firing.

On CNN the night of Comey's firing, presidential adviser Kellyanne Conway pointed to Rosenstein's memo as a motivation for Comey's dismissal.

But the next day, the White House sang a little bit of a different tune.

The morning after Comey's firing, deputy White House press secretary Sarah Huckabee Sanders was asked, "Yes or no, did the president direct Rod Rosenstein to write this memo on James Comey?"

"No, the president had lost — again, like I said — he'd lost confidence in Director Comey, and frankly, he'd been considering letting Director Comey go since the day he was elected," Sanders responded.

Rosenstein's comments indicate Trump's administration had been pondering firing Comey for a while. But President Trump said he made the final decision to fire Comey — and it's still not clear when Trump made up his mind.