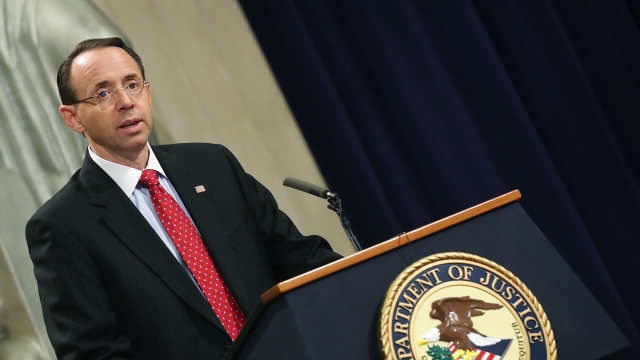 In it, he warned Americans against believing stories that cite "anonymous 'officials'" especially when no details about the source are provided.

"Americans should be skeptical about anonymous allegations. The Department of Justice has a long-established policy to neither confirm nor deny such allegations," Rosenstein said in his statement.

Rosenstein didn't provide specific examples of what he might've been referring to.

But some outlets pointed out the statement was released after both The Washington Post and The New York Times reported Special Counsel Robert Mueller is investigating President Donald Trump for obstruction of justice.

Mueller is the person Rosenstein appointed to lead the investigation into Russian meddling in the 2016 presidential election.

Both the Post and the Times cited unnamed sources in their reporting.

Rosenstein's statement also came hours before an ABC report that claimed the deputy attorney general had said he might need to recuse himself from Mueller's probe. Though, somewhat ironically, that report relied on unnamed sources.