This Roomba-Like Robot Could Change How Farmers Care For Crops 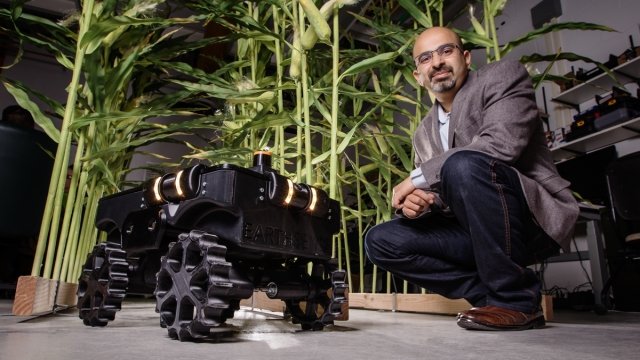 SMS
This Roomba-Like Robot Could Change How Farmers Care For Crops
By Tyler Adkisson
By Tyler Adkisson
March 13, 2018
Inspecting crops can take a lot of time and energy, but a new autonomous robot — equipped with artificial intelligence — might make that job easier.
SHOW TRANSCRIPT

The more farmers know about their land, the more efficient they can be about growing and harvesting crops. Collecting that information can be a long and strenuous process, but a new Roomba-like robot might streamline it.

TerraSentia is an autonomous farmhand that rolls through rows of crops to check on their health. It carries special sensors and cameras to show farmers how plants are doing in real time. 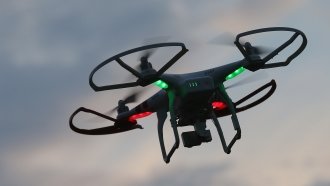 Seed-Bombing Drones Could Be A Speedy Solution For Reforestation

It also comes with artificial intelligence software so farmers can "teach" their robot specific tasks, like health monitoring. The team behind TerraSentia is working on an algorithm it says will identify common diseases that can hurt crops.

Researchers are also developing an app that lets users control the robot with a computer and virtual-reality goggles. They'll be able to see everything the machine can, as well as other helpful information the bot knows, like which plants will give the best seeds for the next generation of crops.

And these helpful robots might be in fields sooner than you think. The research team will field-test 20 of the bots with major seed companies this spring. They might be available to commercial farmers in about three years and could cost around $5,000.