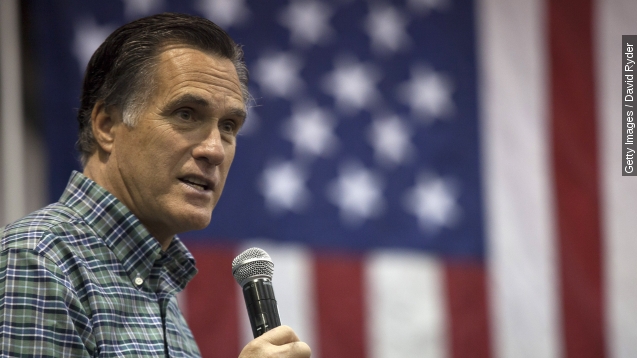 Are Donald Trump's comments bringing on a Mitt Romney 2016 campaign?

"He let us down. Mitt Romney let us down. He should have won that election. He failed. He choked. In the end, no different than a golfer that misses a put on the 18th hole," Trump said in a press conference.

Trump is undoubtedly a shock to some within the Republican establishment. Real Clear Politics has him polling at 26.5 percent.

Meanwhile, those championed by the party in the past — the likes of Jeb Bush, Marco Rubio and Chris Christie — are all polling at less than half of Trump's figure, according to that poll.

Romney did tell donors at the beginning of this year he thought about running but since then hasn't made too many moves that look like the start of a campaign.

But with President Obama's average approval rating hanging below 50 percent since he first took office, some wonder if Romney could play a sort of "buyers' remorse" angle.

And even if he didn't get a second crack at the Republican nomination, perhaps his opinions would still have enough power to sway voters to his favored candidate. We're guessing it's not Trump.