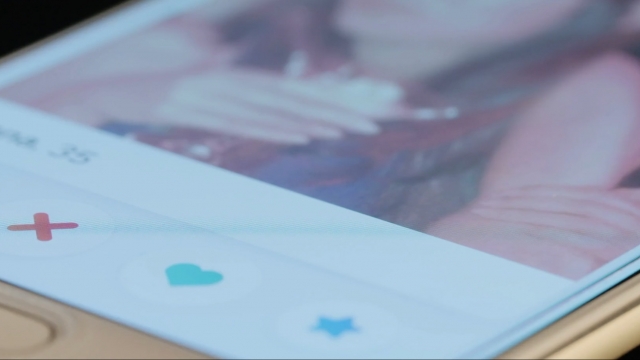 SMS
Romance Scams Hit Record High In 2021
By Cat Sandoval
By Cat Sandoval
February 10, 2022
Newsy's Cat Sandoval spoke with a few people who have been wrapped up in love scams and how they are bringing awareness to the issue.

It's not unusual for singles to go online or use an app to find love. Swipe here, a swipe there; You're hoping to find some sort of connection. But for some, the romance is dead — especially when they realize they've been scammed out of a whole lot of money. A new report from the federal government details just how much.

Dorothy Harding was hoping to find love after her divorce. She signed up for a dating site in 2019. But instead, she got set up with a cyber actor who pretended to be someone else and conned her out of $35,000.

"I hadn't dated in 20 years or so. And he said everything, 'Oh, you're beautiful,' 'You're just perfect for me,'" Harding said. "I've always trusted my own instinct. I kicked myself for a long time. I really kicked myself about, well, you know, 'You're smarter than this.' 'This should have never happened to you.' 'Why didn't you see any of the red flags?'"

Now you're probably thinking‚ 'This won't happen to me.' You may have awesome online skills, but you also may be surprised. The Federal Trade Commission tells Newsy: In 2021, Americans lost $547 million through romance scams much like the one that snagged harding.

"I was heavily trained on phishing scams, email scams, you know? But not once was it ever mentioned about romance scams," Harding said.

Her scammer created a website with a phony business. His fake identity had a LinkedIn page. And Harding said he may have used deep fake technology that manipulates sound and images to video chat with her for little while. He told her he worked as an investment banker so when he asked for money in Bitcoin she gave in.

In a new report released Thursday, the FTC says more scammers are luring victims to phony crytocurrency investment schemes. About $139 million has been stolen that way, although gift cards are the most frequently reported payment method.

Romance scams can happen to anyone at any age group. And some, may be too ashamed to come forward.

After her mom's friend got scammed, Kathy King co-founded Advocating Against Romance Scammers, which is an organization aimed at bringing awareness to romance fraud.

"Usually the scammers look for people or find people who are in their most vulnerable state, and these scammers will try and friend people by the thousands, and the majority won't fall for it. But some of them who are lonely at the time are looking for somebody to talk to and maybe they'll relate to them," King said. "For the survivors, it all has to do with the emotional and psychological abuse to them. So the money, of course, does matter to a point, but it's the loneliness that really affects them."

Also part of this phony love triangle can be a person whose identity was stolen.

U.S. Army Officer Bryan Denny co-founded Advocating Against Romance Scammers with King. He says he has had his photographs used on multiple occasions to scam women and men out of thousands of dollars.

"It's an emotional roller coaster getting messages from people, daily, that I've never met saying, 'Hey, I want to confirm this is you' or 'What happened and why did you stop talking to me?' And you know, it's like really breaking out with somebody every single week," Denny said.

His images and videos are still being used in multiple fake profiles. He says every week victims track him down after losing thousands, thinking he scammed them.

One of the victims was an 80-year-old widow who wasn't looking for love but rather wanted to help a soldier come home.

"She gave away her life savings to take care of a guy so that she thought she knew and to trust," Denny said. "And that's unfortunate that that's the kind of that is a typical victim who these guys kind of prey on."

Both Denny and King are pushing for a tough federal legislation to hold social media giants accountable to delete fake profiles.

"You don't know people that you only know online," Denny said. "You do not know them."

As for Harding, she's self-published a book.

If you've been a victim of a love scam you can report it to the FBI at ic3.gov.

Perhaps the hardest part of all this? Its not just about the money, but that the heart is being played too.