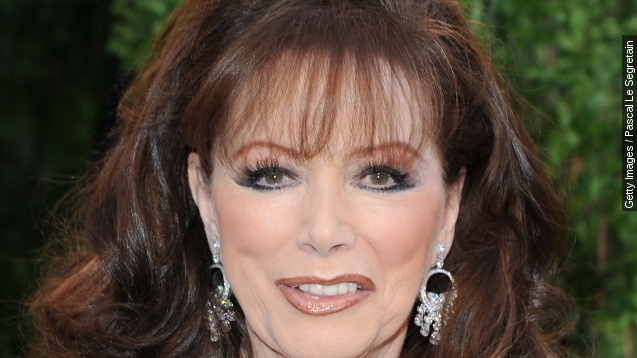 In her last interview with People earlier this month she said she was happy with her decision to keep the diagnosis private and continue working. (Video via CBS)

"I've written five books since the diagnosis, I've lived my life, I've traveled all over the world, I have not turned down book tours and no one has ever known until now when I feel as though I should come out with it," Collins told People.

Many of her books made it to The New York Times bestsellers list, and several were turned into movies and miniseries — like "Lucky," "Hollywood Wives" and "The Stud," which stars her sister Joan Collins. (Video via Umbrella Entertainment)

Collins is best known for her sultry stories set in the glamor of Beverly Hills.

"If I find that my characters want to have sex, then I just go with it. But i don't control the characters, they control me," Collins told The Insider.

Her family said she was "a trailblazer for women in fiction and a creative force." (Video via Jackie Collins)

Instead of flowers the family asks that donations be sent to the Susan G. Komen Breast Cancer Organization and to Penny Brohn Cancer Care.