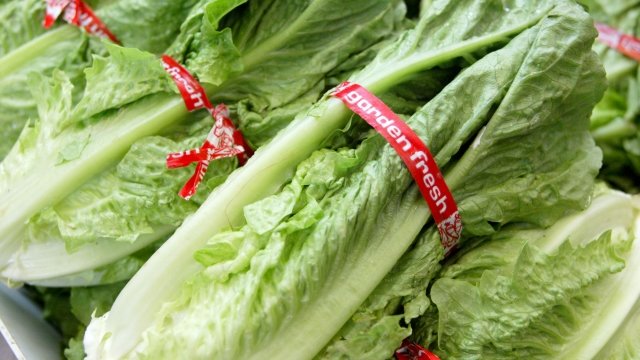 SMS
Don't Blame Romaine Lettuce For A Multistate E. Coli Outbreak Just Yet
By Briana Koeneman
By Briana Koeneman
January 5, 2018
The Centers for Disease Control and Prevention hasn't determined the source of the outbreak, which has sickened at least 17 Americans.
SHOW TRANSCRIPT

New reports out this week are advising Americans to steer clear of romaine lettuce, thanks to a recent outbreak of a dangerous strain of E. coli.

But government officials in the U.S. say don't put the blame on the leafy green just yet.

The Centers for Disease Control and Prevention said late last month officials were investigating the multistate outbreak, which has sickened at least 17 Americans.

Consumer Reports says 58 people in the U.S. and Canada have been reported sick as a result of the E. coli strain. The outlet says five in the U.S. were hospitalized, and one is dead. 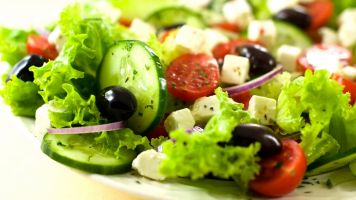 Deadly E. Coli Outbreak Is A Reminder To Wash Your Salad Mix

The CDC acknowledged the Public Health Agency of Canada determined romaine lettuce was the source of illnesses in its country.

But the agency said a cause for the U.S. outbreak is still unknown and that it is "unable to recommend whether U.S. residents should avoid a particular food."

Still, experts at Consumer Reports are warning Americans to stop eating romaine lettuce until the source of the infections is identified — just in case.

The director of food safety and research at the outlet said, "Even though we can't say with 100 percent certainty that romaine lettuce is the cause of the E. coli outbreak in the U.S., a greater degree of caution is appropriate given that lettuce is almost always consumed raw."