A Look At The Realities Of Domestic Work Behind Netflix's 'Roma' 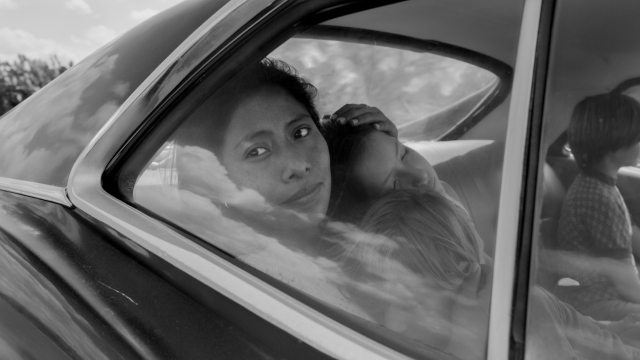 There are an estimated 67 million domestic workers worldwide. About 80 percent are women.

The International Labor Organization reports many of them get low wages, face long hours, have no guaranteed days off and are often susceptible to physical, mental and sexual abuse.

Their professions often become plights as they fall through gaps in national labor and employment laws.

It's a bleak situation in many nations. Mexico is especially interesting because of high-level efforts to make changes — to grant domestic workers rights and then protect those rights.

Mexico has about 2.3 million domestic workers. The government says about nine in 10 are women. Many are indigenous and don't speak Spanish.

Average age, 35, but many start working before the legal age of 16. In many households they're extended members of the family; in others, "the help." But they're commonly left without protections.

The life of many of today's domestic workers is similar to Cleo's life in "Roma." The character is an indigenous woman who works for an upper-middle-class family in La Roma, an affluent neighborhood in Mexico City.

She's never mistreated overtly. She's just kind of invisible. Although the movie is set in 1971, Marcelina Bautista, the founder of Center of Support and Training for Female Domestic Workers (who worked domestically herself), told a newspaper she saw the film three times before she realized it was not about modern-day Mexico.

Mistreatment of domestic workers comes in many forms:

Even without any of those extreme incidents, there still has been the problem of no benefits: No health care, no disability, no retirement, no life insurance — after a lifetime of work.

In some cases, they're paid less than the minimum daily wage of $4.38.

There have been exceptions. Providing benefits has been voluntary — and some families have. Now there's a plan for making benefits mandatory.

In December 2018, Mexico's Supreme Court directed the Mexican Social Security Institute to roll out a pilot program in the first half of 2019 that will make sure domestic workers have access to the benefits they soon will be legally entitled to. The goal: within 18 months, the Social Security Institute must send legislation to Congress ensuring that domestic workers get benefits and that everyone's enrolled within three years.

One final thought from the worker-turned-advocate, in the Latin America News Dispatch: "Domestic workers are important in the lives of their employers, but they aren't seen. They take care of the cleaning, the cooking and the kids. They're important for that, but employers don't see any further, that they have personal lives, that they need their rights."