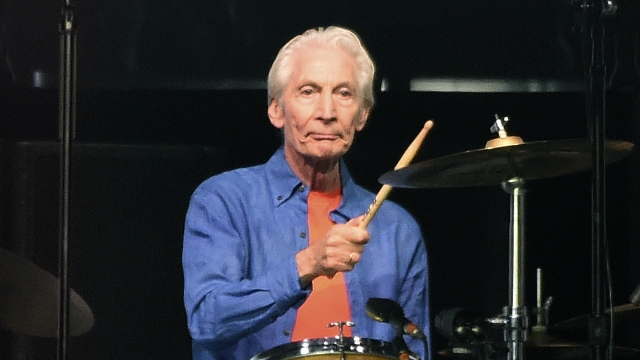 Charlie Watts, the self-effacing and unshakeable Rolling Stones drummer who helped anchor one of rock’s greatest rhythm sections and used his “day job” to support his enduring love of jazz, has died, according to his publicist. He was 80.

Bernard Doherty said Tuesday that Watts “passed away peacefully in a London hospital earlier today surrounded by his family.”

“Charlie was a cherished husband, father and grandfather and also as a member of The Rolling Stones one of the greatest drummers of his generation,” Doherty said.

The quiet, elegantly dressed Watts was often ranked with Keith Moon, Ginger Baker and a handful of others as a premier rock drummer, respected worldwide for his muscular, swinging style as the Stones rose from their scruffy beginnings to international superstardom. He joined the band early in 1963 and remained over the next 60 years, ranked just behind Mick Jagger and Keith Richards as the group’s longest lasting and most essential member.

The Stones began, Watts said, “as White blokes from England playing Black American music” but quickly evolved their own distinctive sound. Watts was a jazz drummer in his early years and never lost his affinity for the music he first loved, heading his own jazz band and taking on numerous other side projects.

Watts didn’t care for flashy solos or attention of any kind, but with Wyman and Richards forged some of rock’s deepest grooves on “Honky Tonk Women,” “Brown Sugar” and other songs. The drummer adapted well to everything from the disco of “Miss You” to the jazzy “Can’t You Hear Me Knocking” and the dreamy ballad “Moonlight Mile.”

To the world, he was a rock star. But Watts often said that the actual experience was draining and unpleasant, and even frightening.

“Girls chasing you down the street, screaming...horrible!... I hated it,” he told The Guardian newspaper in an interview.

In another interview, he described the drumming life as a “cross between being an athlete and a total nervous wreck.”

Watts found refuge from the rock life, marrying Shirley Ann Shepherd in 1964 and having a daughter, Seraphina, soon after. While other famous rock marriages crumbled, theirs held. Jagger and Richards could only envy their bandmate's indifference to stardom and relative contentment in his private life, which included happily tending horses on a rural estate in Devon, England.