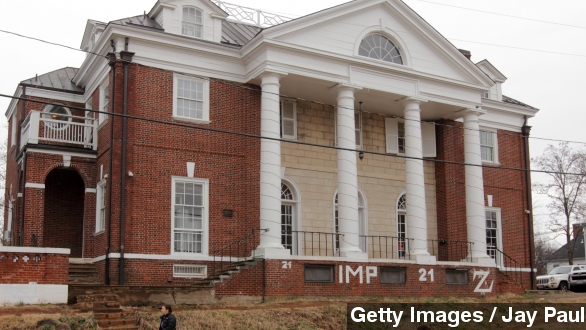 The investigation into an alleged sexual assault at the University of Virginia, detailed in a Rolling Stone article last year, has been suspended.

Police started an investigation shortly after the story ran, and now authorities are saying they were unable to find any evidence that an assault took place.

Police say the victim of the article, identified only as "Jackie," refused to give a statement in the investigation. They also determined it was unlikely the party at a UVA fraternity house described in the Rolling Stone article took place on the day in question. (Video via WTNH)

"That doesn't mean that something terrible did not happen to Jackie on the evening of Sept. 28, 2012. We are just not able to gather sufficient facts to conclude what that something might have been," said Charlottesville Police Chief Tim Longo.

The investigation has been suspended, but authorities say it will be re-opened if new evidence is discovered.

That Rolling Stone article, published last November, told the story of a woman known only as "Jackie," who said she was raped by seven men at a party at the Phi Kappa Psi fraternity house.

The article sparked anger and protests on the UVA campus, but the story told in the magazine soon started unraveling. Rolling Stone eventually pulled the report and issued an apology, which reads in part: "We were mistaken in honoring Jackie's request to not contact the alleged assaulters to get their account. ... we should have worked harder to convince her that the truth would have been better served by getting the other side of the story."

UVA's reaction to the article was swift. It suspended the fraternity and created initiatives to help handle sexual assault on campus. The fraternity was later reinstated.