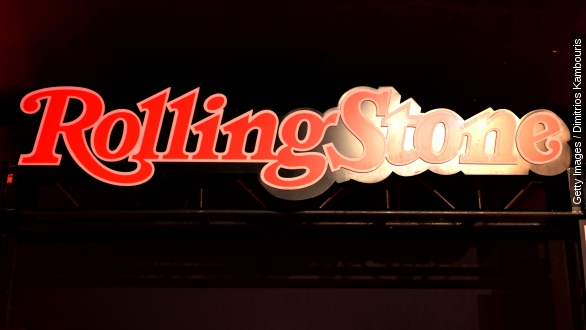 The Columbia Journalism Review published a lengthy report Sunday calling a Rolling Stone article "a journalistic failure that was avoidable."

That article, published in November, told the story of a female student dubbed "Jackie" who said members of a University of Virginia fraternity raped her at a party.

As a result of the article, Phi Kappa Psi was kicked off campus, even though further investigation into the allegations found a number of holes in Jackie's story. Rolling Stone later retracted the article.

Now the fraternity says it will pursue legal action against the magazine.

The author behind the piece, Sabrina Rubin Erdely, released a statement following the CJR report. Erdely apologized and explained she did not reach out to the alleged perpetrators in the incident because was looking out for Jackie's well-being.

But, as Sunday's report points out, there are a number of details in the story that should have raised questions about Jackie's account — for one, the date of the alleged party where Jackie said she was raped.

Washington Post writer T. Rees Shapiro told MSNBC: "Certain details that were reported so far appear to be inconsistent, such as the date of Sept. 28, 2012. The fraternity has said there was no party that night."

Also, Jackie claimed to have been raped by a fraternity member who also worked as a lifeguard at an aquatic center. According to the CJR report, Jackie never requested that Erdely not provide that information to the fraternity. Records indicate the frat didn't have any members who were lifeguards at that aquatic center.

Another problem: the testimonies of Jackie's friends. Here's what Erdely told Slate in December: "She had actually told her friends, who had discouraged her from reporting and had totally downplayed the situation."

According to the CJR report, Erdely failed to contact any of Jackie's friends, who Jackie said would not participate in the Rolling Stone investigation. But CJR did get in touch with Jackie's friends — all three of whom she had supposedly told about the incident. They denied saying the things Jackie reportedly told Erdely.

In the report, CJR claimed: "Any one of these and other similar reporting paths might have led to discoveries that would have caused Rolling Stone to reconsider its plans. ... They involve basic, even routine journalistic practice — not special investigative effort. And if these reporting pathways had been followed, Rolling Stone very likely would have avoided trouble."

The backlash has been fierce, with speculation the misreporting could have a much wider impact.

That's a concern many seem to have, including the Attorney General of Virginia Mark Herring, who released a similar statement.

Then there are the possible legal repercussions. UVA, as a public institution, cannot file a complaint. The fraternity is a different story.

Legal analyst Danny Cevallos told CNN, "If a group is small enough that defaming the group clearly is imputed to the person, then under that small-group theory, a defamation case can be had."

As it stands, Erdely will continue to write for Rolling Stone. The magazine says it won't punish any of its staff involved in the story because there was no evidence that they were deliberately deceptive.