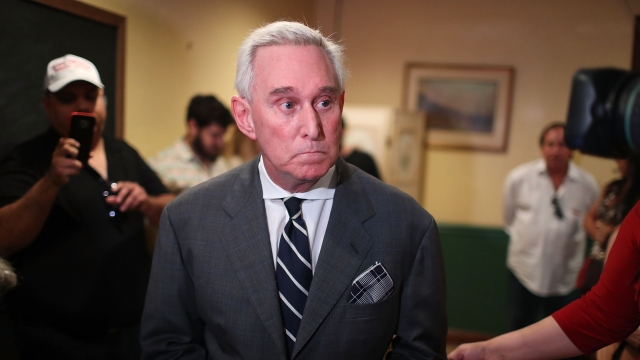 Stone was arrested in January on charges including making false statements, witness tampering and obstruction of an official proceeding. He's accused of misleading the House Intelligence Committee about his interactions with WikiLeaks, which published emails stolen from Democrats during the 2016 election campaign.

Stone has pleaded not guilty and denied knowing about the emails' release ahead of time. He said in January he would "certainly testify honestly" if he knew about any wrongdoing by other people on the Trump campaign.

Then, in August, Stone's lawyers alleged he was a victim of political retribution and that his charges should be dropped. A federal judge rejected the motion, ruling there was no substantial evidence to back it up.

It's taken months for his lawyers to go through the several terabytes of evidence gathered by former special counsel Robert Mueller's team. The U.S. attorney's office in D.C. took over Stone's prosecution after Mueller's investigation ended in May.

Opening statements are set to begin Wednesday, and the trial is expected to last three weeks. If he's found guilty, Stone could face up to 20 years in prison.