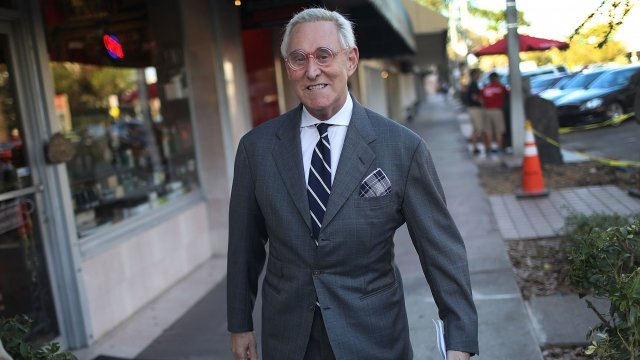 Stone's attorney refused a request earlier this week from Sen. Dianne Feinstein to provide testimony and documents to the Senate Judiciary Committee.

In his response, which Feinstein made public via a Tuesday Twitter post, Stone's attorney wrote that the committee's requests are "far too overbroad, far too overreaching [and] far too wide ranging."

He continued, "Mr. Stone's invocation of his Fifth Amendment privilege must be understood by all to be the assertion of a Constitutional right by an innocent citizen who denounces secrecy."

Stone previously testified before the House Intelligence Committee behind closed doors. The committee is expected to release a transcript of that interview sometime in the future.

Congressional lawmakers and special counsel Robert Mueller have reportedly been looking into Stone's possible ties to WikiLeaks and its founder Julian Assange.

During the 2016 presidential campaign, Stone teased his knowledge of the DNC hacks on social media before the emails went public and even claimed to have "communicated with Assange." Though both he and WikiLeaks later denied any contact.

Stone's response to the Senate Judiciary Committee was sent the same day President Trump praised Stone for having the "guts" to say he'd "never testify" against the president.