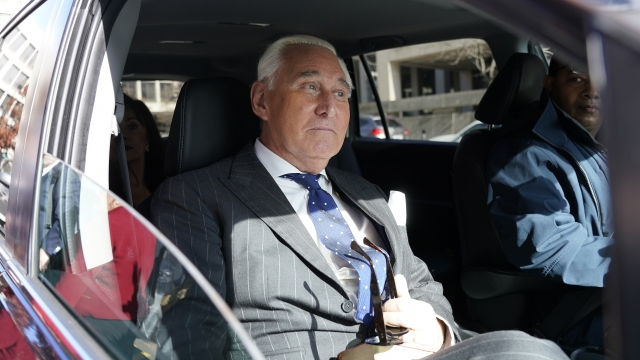 Roger Stone, a longtime associate of President Donald Trump, has been found guilty of witness tampering and lying to Congress in the last open case stemming from the special counsel investigation.

Stone was convicted on all seven counts brought by the Justice Department, concluding one of the highest-profile prosecutions to emerge from the Russia investigation. He was found guilty on five counts of lying to Congress, one count of witness tampering and one count of obstructing a Congressional committee proceeding.

Prosecutors said Stone failed to turn over documents to Congress in 2017 that showed his attempts to reach WikiLeaks the previous year and that he lied about his attempts to attain information that would benefit Donald Trump's presidential campaign.

After the verdict, President Trump said on Twitter that convicting Stone for lying while Hillary Clinton, James Comey and Robert Mueller, among others, remain free is "a double standard like never seen before in the history of our Country."

Prosecutors asked the judge to take Stone into custody immediately, alleging that he had violated his gag order by communicating with the press on Thursday. But Judge Amy Berman Jackson declined, saying she would "release him on his current conditions pending the sentencing date." The sentencing is scheduled for February 6, 2020. He faces up to 50 years in prison.