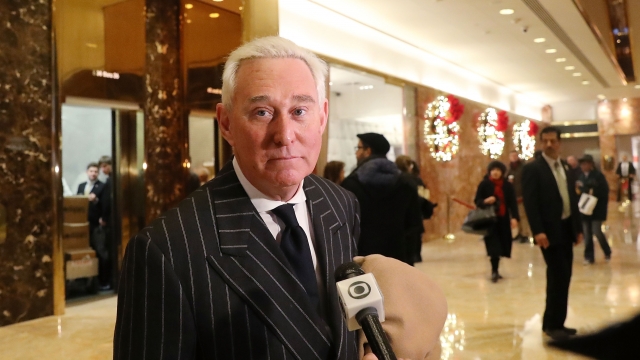 He's been indicted by a grand jury on seven counts brought by special counsel Robert Mueller, including making false statements, witness tampering and obstruction of an official proceeding.

Mueller's been looking into Stone's possible ties to WikiLeaks and its founder Julian Assange as part of his investigation into Russian interference in the 2016 U.S. presidential election. During the 2016 campaign, Stone teased his knowledge of the DNC hacks on social media before the emails went public. He even claimed to have "communicated with Assange," though both he and WikiLeaks later denied any contact.

But the indictment alleges that Stone was in contact with WikiLeaks, largely through a person serving as an intermediary. It also alleges he provided the Trump campaign with advance knowledge about "potential future releases of damaging material."

The judge set up some travel restrictions for Stone that allow him to only travel between Florida, New York City and Washington, D.C.

Stone said he plans to plead not guilty.