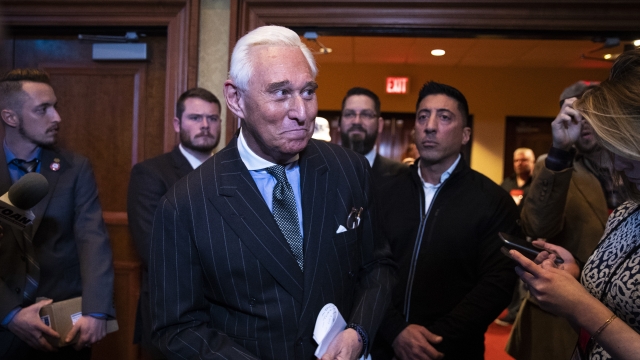 By Katherine Biek
February 19, 2019
The now-deleted post featured a photo of U.S. District Judge Amy Berman Jackson with what looked to be crosshairs next to her head.
SHOW TRANSCRIPT

Roger Stone's been ordered to appear in court later this week over a controversial post he made on Instagram about the federal judge presiding over his criminal trial.

The now-deleted post featured a photo of U.S. District Judge Amy Berman Jackson with what looked to be crosshairs next to her head. In his caption, Stone called the legal proceedings a "show trial" and pointed out that Jackson had been appointed by former President Barack Obama.

After the photo was taken down, Stone posted a statement on Instagram saying the image had been "misinterpreted." He claimed the picture was a "random photo" taken off the internet.

He also issued a formal apology to Jackson in a letter filed Monday night, saying, "I had no intention of disrespecting the Court."