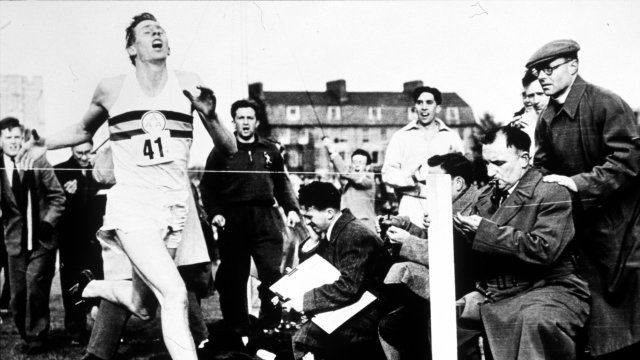 Roger Bannister, the first person to run a mile in less than four minutes, has died at the age of 88.

His family said in a statement that he died peacefully in Oxford, England, on Saturday after battling Parkinson's disease. The statement said he was "surrounded by his family who were as loved by him, as he was loved by them."

Bannister went on to work in neurology after beating the mile record time in 1954. He was knighted in 1975.