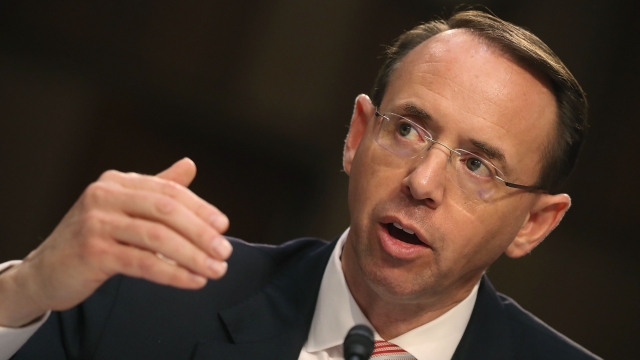 After media reports said President Donald Trump was thinking about firing Mueller, Rosenstein told the Senate Committee on Appropriations only he can give Mueller the boot.

Here's why. According to the rules, technically only the attorney general can fire a special counsel.

But in this particular case, Attorney General Jeff Sessions has recused himself from anything relating to the Russia investigation.

Mueller was a decorated Marine officer and a federal prosecutor before he was tapped as FBI director in 2001.

So as deputy attorney general, Rosenstein would have the power to remove Mueller from his position — as long as he had a good reason to do that and put it in writing.

But Rosenstein made it very clear how that would go.

"I'm not going to follow any orders unless I believe those are lawful and appropriate orders," Rosenstein said.

Rosenstein's comments come just a few hours after one of Trump's longtime friends told "PBS NewsHour" the president was thinking about firing Mueller. The White House has denied those claims.