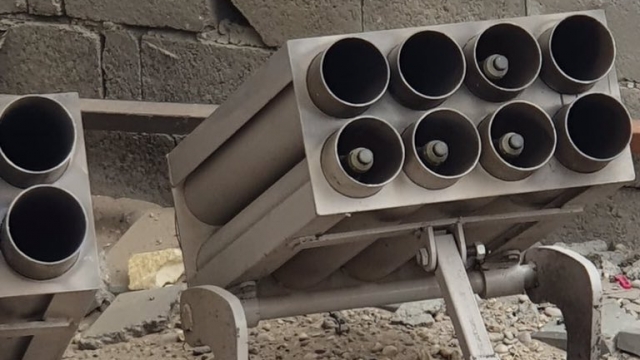 Iraq's Baghdad Operations Command says the 25 rockets were fired from seven launchpads discovered in a nearby parking garage.

The daytime attack on the Taji base stood out from previous incidents that occurred at night. It happened just days after the U.S. launched airstrikes in Iraq targeting Iranian-backed Shia militias after another rocket attack on the same base killed two American troops.

Iraq's Baghdad Operations Command says the rockets were fired from seven launchpads, which were discovered in a nearby parking garage.

A coalition spokesman said damage assessment and an investigation into the incident were underway.