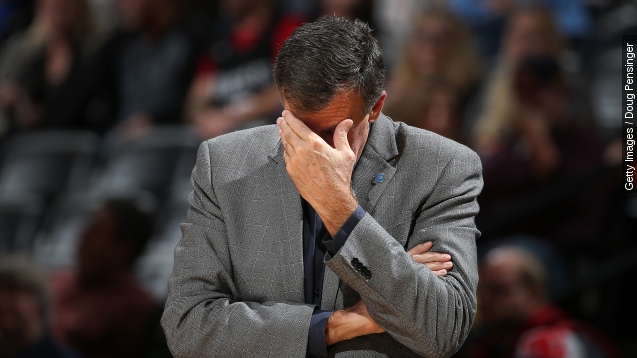 The Houston Rockets have fired head coach Kevin McHale after he took the team to the Western Conference Finals just six months ago.

If you needed any more evidence that pro sports offer zero job security, look no further than the Houston Rockets.

The Houston Rockets lost their first three games of the season and are fresh off a four-game losing streak. They're sitting at 4-7 and 11th out of 15 teams in the Western Conference.

McHale's firing comes just months after taking Houston to the Western Conference Finals and less than a year after signing a three-year $12 million coaching contract extension.

Assistant coach J.B. Bickerstaff will take over as the interim head coach.