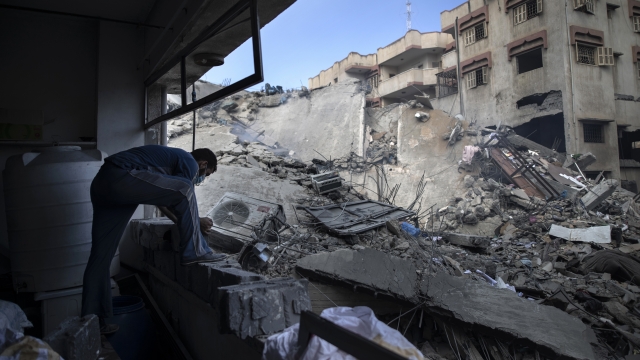 And there's new concern the conflict could spread in the region after rockets were fired at Israel from Lebanon.

Israel's military says it fired at more than 65 militant targets overnight in Gaza, including at Hamas rocket launchers and at the homes of some of the group's commanders.

Gaza Health officials say at least 212 people have been killed including more than 60 children. Israel's military say militants account for a portion of those deaths. Ten people in Israel, including one child and a soldier, have died.

Israel's military says more than 3,000 rockets have targeted it from Gaza. It says its defense system has been able to intercept 90% of those attacks.

In the U.S., lawmakers are split. Some say it's on Israel to deescalate the conflict, but many say the U.S. needs to support Israel's right to defend itself.

"The U.S. needs to stand foursquare behind our ally and President Biden must remain strong against the growing voices within his own party that create false equivalence between terrorist aggressors and a responsible state defending itself," said Senate Minority Leader Mitch McConnell.