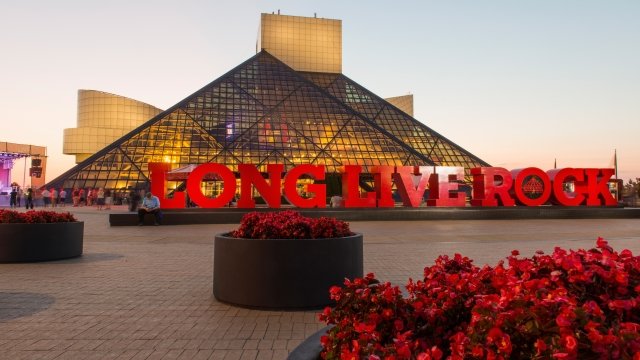 By Cristina Mutchler
December 13, 2018
Janet Jackson, Stevie Nicks, Def Leppard, Radiohead, the Cure, Roxy Music and the Zombies will all be inducted into the Rock Hall.
SHOW TRANSCRIPT

The Rock & Roll Hall of Fame announced its 2019 class of inductees Thursday. The list includes seven artists from a wide range of musical genres and generations.

Janet Jackson, Stevie Nicks, Def Leppard, Radiohead, the Cure, Roxy Music and the Zombies will all receive the prestigious honor this time around.

Pop icon Jackson joins her brother Michael Jackson and family group the Jackson 5 as a member of the Rock Hall.

Nicks also made history as the first female to be inducted a second time. She was already inducted as a member of Fleetwood Mac in 1998.

In order to be eligible, artists have to have released their first commercial recording at least 25 years before the year they're nominated.

The voting process involves a nomination committee of more than 1,000 music artists. They look at factors like career length, musical influence and body of work. Fans then have the chance to vote for some of their favorites.

Some of the nominees who didn't make it this year include LL Cool J, Rufus featuring Chaka Khan and Detroit rock band MC5.

The 34th annual induction ceremony is scheduled for March 29 at Barclays Center in New York. A 2019 inductee exhibit will also be unveiled at the Rock & Roll Hall of Fame Museum in Cleveland.